Using LEADTOOLS Medical 3D SDK technology, developers can implement 3D volume generation using any stack of 2D cross-sectional slices. The cross-sectional planes must be parallel to each other in order to generate a meaningful 3D volume, so LEADTOOLS provides functions that use DICOM tags to identify, separate, and sort volumetric stacks.

Also, the LEADTOOLS Medical 3D SDK provides an interface to define the 3D pixel volume (voxel) and patient orientation for proper measurement, orientation labeling, and scaling of the 3D volume and generated oblique and orthogonal slices. 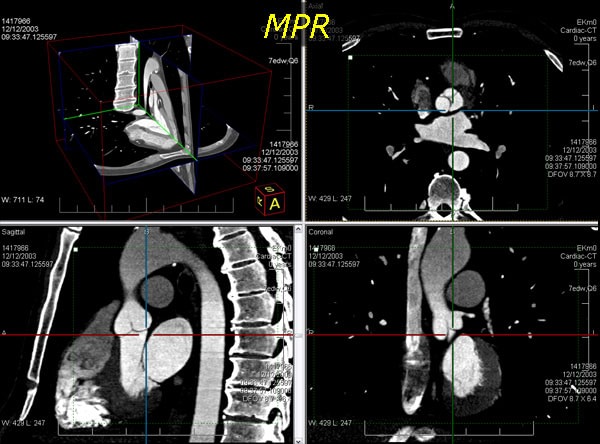 Load and Save 3D Volume and Mesh

For faster 3D volume generation, the LEADTOOLS Medical 3D SDK includes functions to save and reload 3D volumes and 3D meshes to disk. The capability to load and save a 3D volume state that includes window level, offset, rotation, slab, and threshold value parameters is an important time saving benefit for physicians that may get interrupted while interpreting a study.

Curved MPR generates a 2D panoramic image and paraxial cut images from a stack of 2D slices by utilizing an advanced perspective analysis algorithm to project the curved slice onto a flat surface. This Curved MPR is popular among dental and cardiac computed tomography (CT) specialists who regularly examine anatomies with curved geometry such as teeth and blood vessels.

The Curved MPR feature is also supported by the LEADTOOLS Medical Image Viewer Control which allows developers to seamlessly add this feature into their applications. The Medical Viewer control provides interactive tools to draw the curved line, move the panoramic points, generate the panoramic images, auto create paraxial lines and generate paraxial images. The resulting images can be used with image analysis tools such as window level, alpha, pan, rulers, scroll, and zoom. It also provides the tools to perform image processing and annotations. 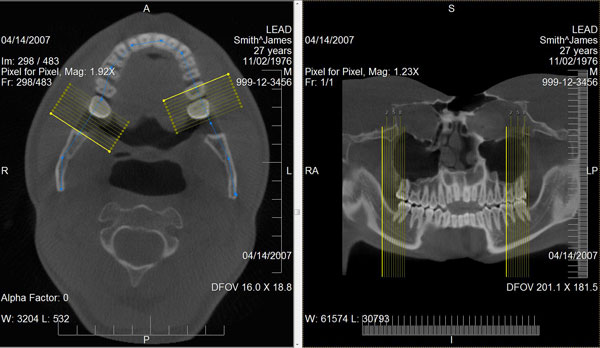 3D volume slabs are special implementations of clipping planes and can be used from any of the six boundary box planes to "cut away" superficial structures to visualize anatomic structures and pathologic conditions within the volume. For example, one can hide the abdominal wall while investigating internal organs such as the heart or lungs. Crop Box and Crop Slab can be implemented using this feature.

The cut-plane feature of the LEADTOOLS Medical 3D SDK allows the user to generate a slice that results from virtually cutting through a stack of images. A double cut-plane consists of two cut-lines (Cross-section Cut-line) that are perpendicular to each other. This allows users to evaluate an anatomy of interest by looking at the perpendicular slice of an object from all directions.

Developers can programmatically set the cut-line, the center of rotation of the cut-line, and the slice thickness on any arbitrary position in the volume stack. In addition, the LEADTOOLS Medical Image Viewer Control implements interactive single and double cut-lines. With the LEADTOOLS Medical Image Viewer control, users can interactively move and rotate cut-lines using the built-in handles and can select the slice thickness to view a thick MIP slab.

The Full Evaluation Download includes all LEADTOOLS Document, Medical, Imaging, and Vector technologies for all development and target platforms. Get everything LEADTOOLS all in one convenient download.

A visual description of each feature of our Medical 3D Viewer.

Your email has been sent to support! Someone should be in touch! If your matter is urgent please come back into chat.

Thank you for your feedback!

Please fill out the form again to start a new chat.

All agents are currently offline.