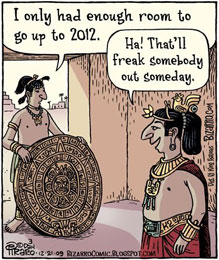 There may still be time, but it appears the Mayans were wrong and we’re all safe! All joking aside, 2012 has been a great year for LEAD Technologies. In the face of unfavorable economic conditions and the looming “Fiscal Cliff,” LEAD Technologies achieved yet another record-breaking year of growth and is poised for continued stability and success. We released several new products, improved and enhanced the core Medical and Document features, and won a half-dozen awards. If I had to narrow it down to three favorite milestones from 2012, it would probably be these:

This was a remarkable new product for Document and Medical. It marked the completion of the first phase in “LEADTOOLS Anywhere,” Moe Daher’s vision to provide LEADTOOLS SDKs on any platform such as OS X, iOS, Android and Linux. The HTML5 Canvas Viewer Control, JavaScript libraries, and RESTful Web Services (for OCR, Barcode, PDF & other advanced features) made it possible to create a web-based imaging application that could run on any operating system, tablet or mobile device with a capable browser. Native HTML5 Annotations, built-in image processing, and window leveling for DICOM images opened up worlds of opportunities for programmers using LEADTOOLS. The HTML5 release was a phenomenal start to “LEADTOOLS Anywhere.” In particular, the HTML5 DICOM Viewer compelled a great deal of interest and feedback from our customers. A few short months after the HTML5 Medical Image viewer hit the market, some truly impressive new features were added to an already outstanding product. The biggest additions were support for multiple study and series level layouts, Softcopy Presentation State and Compound Graphic Object annotations, drag and drop, and Cine made the viewer comparable to any desktop solution but with the added deployment and maintenance benefits intrinsic to zero footprint applications. 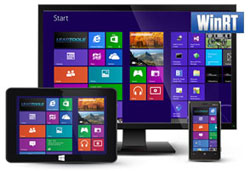 The vast majority of the tech industry is very excited about Windows 8 and the new WinRT platform. We don’t typically open up our engineering doors for public beta testing, but we decided to give it a go since the rest of the development world was in the same boat playing with Windows 8 betas, release candidates and consumer previews. Seizing this unique opportunity was a great success! We had customers from all over the world participate and offer their feedback. As soon as Windows 8 blew its doors open, LEADTOOLS was right there with the first and only WinRT imaging SDK on the market. LEAD Technologies was happy to provide developers with everything they needed to create native imaging-enabled Windows Store apps with rich features such as viewers with mouse and multi-touch support, annotations, PDF, OCR, Barcode, DICOM, PACS and more.

There was so much more we achieved this year but I’m quickly running out of space. The speed enhancements to our OCR, Barcode, and PDF libraries as well as receiving The Code Project Member’s Choice Award are also honorable mentions in my book.

LEAD is always moving forward and has much planned for 2013. There has been a lot of talk this year regarding “LEADTOOLS Anywhere.” Our first two releases (HTML5 & WinRT) were huge successes and we are still pushing forward to that vision. Early 2013 will see the final implementation of our vision to have LEADTOOLS running natively on platforms such as Mac, iOS, Android and Linux.

This entry was posted in General. Bookmark the permalink.